It belongs to the Piperaceae family, and is a native of southern India. Today the largest producers of pepper are Vietnam, which is the biggest exporter in the world, India, which is the first consumer, Indonesia, Malaysia, Brazil and Madagascar.

The pepper plant is a long stem creeper, up to 10 m. Its fruits are small spherical berries, bright red when ripe.

There are over 600 varieties of pepper (genus Piper), but few are used as spice, often distinguished only by the degree of maturation and the type of processing.Common pepper on the market is the fruit of Piper nigrum, consisting of small spherical green berries that reach a bright red when fully ripe. Depending on the period of collection and / or processing undergone, we can distinguish the following types of pepper:

The pepper plant is a creeper with a thin and woody stem. Its fruits (from 20 to 40 in each ear) contain a single seed, which is by far the largest and aromatic part of the fruit.

Starch (33%), fats (7%), essential oil (1 – 2%), nitrogen compounds (12%) Piperine – an alkaloid, usually below 9%, responsible for the spiciness of pepper. It is contained both in the seed and in the pulp, especially in black pepper.

Pepper has digestive, anti-inflammatory and diuretic properties. It is used in case of anemia, diabetes and respiratory problems.   The skins of pepper stimulates the absorption of fat by providing more energy to the body.   Pepper can also have an external use on sebaceous glands. It is also used for relaxing and for rubbing muscles.

Pepper, depending on the type (white, black, green and red pepper) has a more or less pungent taste and aromatic smell. It is used either in whole grains, or crushed and ground into fine powder to flavor a wide variety of dishes: soups, sauces, meat, fish, stews, salads, sausages and so on. White pepper is used more traditionally in Western cuisine, while black pepper is the basic ingredient for a great variety of Eastern dishes. Typical recipes with green pepper, the delicate fillet. It is often mixed with other spices to flavor mixtures suitable for various types of meat and fish.

Since ancient times, pepper has been very useful for food preservation, especially for meat.

Pepper grains keep their organoleptic properties longer than the ground or crushed pepper. Storage area must be cool, ventilated, poorly lit and dry.

White pepper from Vietnam is produced from dried high specific gravity black pepper (from 580 to 620 and beyond g/l).It is left soaking for ten days, sometimes with the fraudulent addition of enzymes in order to speed the... [ Read More ]

Cubebe pepper belongs to the Piperaceae family. It grows wild and is cultivated in the islands of Java and Sumatra in the Malay Archipelago, as well as in the West Indies and in few African areas. Its berries are very similar... [ Read More ]

Although produced in limited quantities (about 2,000 tons per year)the quality of Brazilian white pepper is good and appreciated on the market place. It is processed between October and November by soaking in water which... [ Read More ]

White Pepper from and Thailandia

Indian and Thai Pepper are not very common on the market. Pepper from India is obtained by mechanical scrape of black pepper, preserving most of its organoleptic characteristics. It is light beige.It is almost exclusively used in India. [ Read More ]

Produced in the peninsula of Henan, China White pepper has been commercially known for only a few years. As its quality has not been sufficiently standardized yet, it is common to find lots of bad smelling goods, mailnly due to... [ Read More ]

White Sarawak pepper’s origin is similar to Muntoq’s. Both share the same kind of processing and organoleptic features.It is produced in the region of Sarawak, Borneo Island (Malaysia), not far from the island of Bangka. [ Read More ]

White pepper Muntoq is the best known and popular on the Italian and worldwide market. It is produced in the island of Bangka, in Java Sea near the southeastern coast of Sumatra and Borneo. Commercial brands which can be found... [ Read More ]

White pepper is prepared from the berries of Piper nigrum harvested when fully ripe (when red colored). Often peasants harvest it in the same period of pepper bound to become black. The traditional process consists in the... [ Read More ]

Black pepper is grown in many countries- besides those already mentioned- including Thailand, China, Ecuador and Honduras. In all cases the quantities produced are small and used in the countries of origin, rarely exported... [ Read More ]

These two countries offer a small-size variety of black pepper, suitable for grinding, after which it is possible to get a quite dark powder. Imports from these area, usually very small, are usually made by small dealers, who... [ Read More ]

Black pepper comes from the region of Lampong island of Sumatra, Indonesia. Its largest market is represented by United States, where it is almost exclusively used for grinding. This is in fact a small size pepper, with a... [ Read More ]

Guinea Grains plant, the Amomum melegueta (“melegueta” or “pepper of Guinea”), belongs to the Zingiberacee family as well as cardamom pods and is a native to Equatorial Guinea. Its pink or yellow flowers look lke orchids... [ Read More ]

This brand comes from the region of Sarawak, Borneo Island (Malaysia). Harvest is from April to September, with production peak in May and June. The Sarawak region produces about 25,000 tons, 90% exported... [ Read More ]

The black pepper plant grown in Brazil is different in organoleptic characteristics peculiar and easily recognizable, including the odor and color of the pulp. Using black pepper origin Brazil. The Brazilian pepper has... [ Read More ]

Over the last ten years Vietnam has gradually increased its influence on pepper international market. This Asian country is the world’s leading exporter of black pepper (about 85,000 tons per year) for two reasons: firstly, its... [ Read More ]

(Piper nigrum)India produces about one million tonnes of spices a year, 90% of which are intended for domestic consumption and export only the remainder.

Characteristics of black pepper origin India. This brand is certainly better known in Italy and worldwide for its organoleptic properties and especially for its producers’ exceptional experience in processing and cleaning. [ Read More ]

Black pepper is prepared by picking the unripe fruit as soon as its skin color begins to change (veraison). The more unripe they are picked, the more they become spicy. [ Read More ]

Pink pepper belongs to the Anacardiacee family and is a native to Peru and Chile. It is not a variety of pepper: it takes its name because of similarity of its fruits, yet they have totally different texture and flavor... [ Read More ]

Green pepper is obtained from the unripe fruit of Piper nigrum plant. Its berries are immediately dried or stored in an acidic brine: this makes green pepper even more aromatic and softer. While black pepper and white pepper are... [ Read More ] 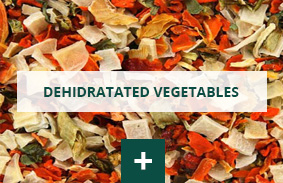 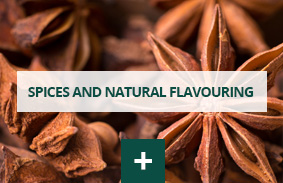 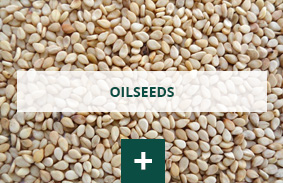 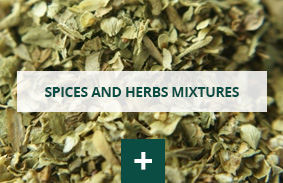 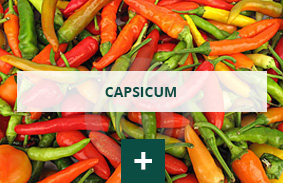 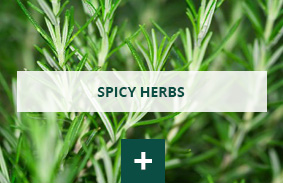 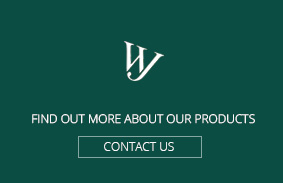