For centuries the history of humanity has been written by the will of conquest of new lands and by new opportunities of marine businesses. Just think of the continuous colonial wars or the ones for the maritime hegemony. Many are convinced that the reason for these ambitions was the pure desire towards metals or precious stones. However, more than gold, the monarchs of the Old Continent went hunting for spices. It’s not a coincidence that pepper, for a certain historical people, was worth more than gold.

And the majority of the sea routes all pointed towards the countries of the East, which had made of spices an essential element of their lives. And not only for their scents.

To be exact, Native Americans and Chinese people discovered centuries ago some important healing features that spices have. This is why they increased their farming in this direction.

Nowadays many of those features, passed on over the centuries through legends and rituals more or less sacred, have been analyzed and proved as scientifically correct. Let’s then see briefly the healthy benefits of these spiced scents.

Let’s begin with Cinnamon Cassia. Among all spices, this one has a very important healing power in favor of blood sugar. In fact, it unrolls a similar job as insulin, in other words it lowers the values of sugar in the blood. Coriander is a panacea for health. Its origin goes back to ancient China, 7000 years before Christ. Its use was linked especially to digestive system issues (digestion, intestinal gases, constipation, etc..) but is also a perfect diuretic. Nowadays, in fact, is scientifically used to remove heavy metals from the organism.

Talking about the stomach, Green Cardamom is very famous for its anti-inflammatory and antispasmodic features, which help improve digestion. Scientific studies have shown that said features lie in some volatile oils contained in this spice, and in Coriander as well.Furthermore, Cardamom makes blood less dense and reduces the development of very dangerous clots which cause thrombosis. For those who have breath problems, this spice is a true panacea.

A variation of the Green Cardamom is the Black Cardamom. Their features are basically the same, but Black Cardamom is more pleasant to use, as it has a similar smell as the eucalyptus and also for this reason can be sucked in the mouth just like a sweet.

Lovage seeds fight headaches, cure coughs, decrease stomach acidity and are a good antihistamine for those suffering from allergies. Moreover, due to their properties they go very well in dishes with legumes, and help remove the annoying problem of flatulence caused by the intake of these plants. Mango powder has a very serious healing effect. This fruit is already known for its beneficial effects. However it is little known in the form of aroma powder (obtained by drying the fruit still unripe) not easily available in Italian stores. This spice is rich in phytochemical agents, which mainly prevent tumors from cardiovascular diseases. But not only. It also has beneficial effects on the thyroid and helps to slow the pyorrhea.

Turmeric is called the queen of spices, for its flavoring characteristics and for its healing and preventive properties. Turmeric performs something like 50 therapeutic actions and more. It is able to alleviate pain, improve blood circulation, is used against measles and chickenpox, treats colds (it is used in sprays as a nasal decongestant), heals gingivitis, fights flatulence and indigestion, has strong anti-inflammatory and antioxidant properties and fights stress. The latter three elements are very important for the prevention of most tumors. Indians also use it on bandages to heal wounds.

On the regal male throne of spices, we find the black pepper, the spice that for centuries was worth more than the gold itself. Constipation, diarrhea, cavities, sunburn, arthritis, phlegm, lung problems, used as a digestive, an expectorant and even a stimulant (to make the nights spicier). All this thanks to the peperina contained in it that if combined with the spice sister Turmeric, enhances its beneficial effects.

The name of this spice is self explanatory. Asafoetida smells so deadly to say the least that, it is said, many viruses die in contact with the molecules contained in its essence. In fact, at the beginning of the Twentieth Century this spice was used in America to fight the terrible epidemic of Spaniard that caused several million victims among the population, by hanging a small bag containing the spice with nauseating smell around people’s necks. Recent scientific studies have shown these preventive qualities during the recent swine flu epidemic, verifying how the asafetida fought the powerful virus better than the official drugs prescribed for the sick. The spice is also excellent for softening and making legumes more digestible. Cumin is another great ally against diabetes and its evil effects on the body: it helps prevent or fight osteoporosis, thanks to the amount of phytoestrogens of which it is rich.

Furthermore, the black cumin (or seeds of black Onion) is known as a remedy for all types of illness, except death. It has renowned anti-inflammatory and purifying abilities, reinforces our immune defenses, and is rich in essential unsaturated fat acids, which have nourishing and soothing properties. It also contains arginine, ascorbic acid, glutamic acid and calcium, all vital elements for our body.

Among all the aphrodisiacs, the seeds of Fenugreek are certainly the best allies to increase sexual performance. It has a slimming effect, is an excellent anti cellulite, helps fight aging and women use this spice to strengthen the breasts. But one of the biggest uses is in the field of physical activities for the growth of muscle mass. This is possible due to furostanol saponins, anabolic substances that help increase muscle mass and physical strength, together with another substance that helps insulin to transport the amino acids to the muscles, which are well nourished.

It is called the traveler’s friend, a piece of ginger root, if chewed helps to fight nausea from car sickness, plane or ship, as well as being an excellent digestive. But it is also indicated for those suffering from asthma. Fennel (better known as a vegetable or aromatic herb) is also an excellent spice. Its seeds, in fact, help to fight menstrual pains and are one of the most powerful natural antioxidants, way better than vitamin E. It is also good for fighting digestive problems such as abdominal bloating and intestinal gas. Finally, scientific studies have shown its effectiveness in the treatment of Alzheimer’s disease.

Poppy seeds are known for their beneficial relaxing properties on the nervous system. But not everyone knows that they are used for leavening focaccia and loaves. Furthermore, its oil seeds are a source of vegetable fats (usually less harmful to the body) and proteins. And they are also a reserve of manganese, calcium, omega 6, vitamin E and other vitamins.

Black sesame has properties ranging from food to pharmaceutical, herbal and cosmetic fields. Other than calcium, important to fight osteoporosis (of which the spice is rich) are significant amounts of zinc, sufficient to protect the body from infections, and selenium, which fights the formation of free radicals. Essentially, black sesame is better than the “Multicentrum”.

The beneficial effects of white sesame seeds are also numerous: it helps to control blood pressure, is excellent for gingivitis, helps improve sleep, and is rich in vitamin E. The beneficial effects of chili pepper are now known to all: from problems of prostate, blood circulation, arthritis disorders, the cervical, the fire of St. Anthony, and last but not least, a valuable ally in love performances. Few, however, know that the credit goes all to the “capsaicin” that makes this spice practically resistant to all types of weather and temperatures. Chili pepper is also an excellent antioxidant (see “cancer prevention”) because it contains more vitamin A than pepper (9 times higher) and more vitamin C than an orange.

But individual spices aren’t the only healthy options. Garam Masala is a blend of coriander, cinnamon, cumin, cloves, cardamom, black pepper and many other spices. Everyone has his own recipe. In some, it is possible to mix 40 different types. The benefits? The sum of all the benefits of every single spice used to prepare this mixture.

Curry Madras is also a very personal blend of spices that varies from region to region, from family to family, just like grandma’s meat sauce. Usually, the mixed ingredients are black pepper, cardamom, cinnamon, curry leaves, coriander, cumin, fenugreek seeds, mustard seeds and, of course, turmeric. As we said, the healing powers are those offered by the spices used. But the difference is in the special taste that every recipe gives to the dishes. One last thing: although it is often difficult to find these spices in common grocery stores and supermarkets, just remember the way our ancestors surfed the “Spice Trade”, and let’s surf too with our most powerful virtual navigation medium: Internet. There are many sites of companies specialized not only in selling these beneficial goods online, but also in providing us with useful information on their characteristics and tasty recipes of oriental cuisine. 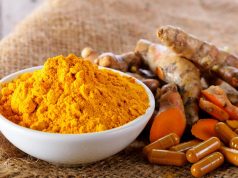 The market situation regarding aromatic herbs, spices and seeds 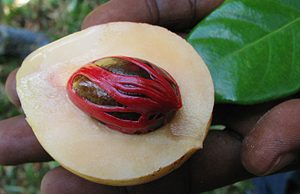